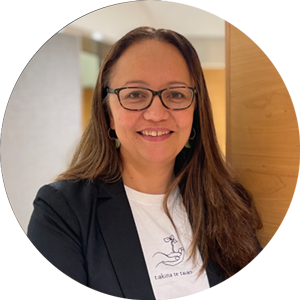 Huia joined Ka Pai Kai Rotorua in June 2018. A senior Manager for Te Papa Atawhai Department of Conservation, she has significant experience working in hapū and Iwi, community, corporate and international organisations. She brings to the Ka Pai Kai team a background in communications, Māori media, advocacy and policy. Huia’s work focusses on matauranga Māori, kaitaikitanga and traditional knowledge in conservation and biodversity. It has enabled her to travel extensively and work in the Pacific on traditional knowledge projects and sustainable harvest practices. Her passion for local, traditional and seasonal kai sees her advocating for food sovereignty and food security encouraging whānau to have access to nutritious food to maintain a healthy and active life to restore the spiritual, mental, emotional and physical wellness of whānau. Ngati Manawa/Te Arawa After an early career in the education sector, Jenny worked as a Compliance Associate and Business Development Manager in the health sector before becoming self-employed. Jenny is a director and senior consultant for Klub Ngaru Consultants Limited and is the current Collective Impact manager for Te Arawa Whanau Ora. Jenny is a member of the NZ Institute of Directors and currently holds governance positions on a variety of boards. She is an experienced, mandated representative on four Iwi boards and several voluntary organizations and enjoys the variety. 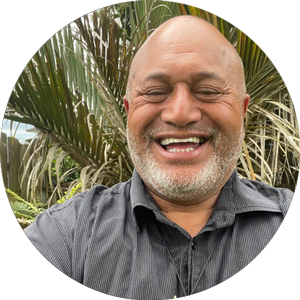 Te Aitanga A Hauiti, Rongowhakaata, Ngati Rongomaiwahine, Whanau a Ruataupare, whanau a Hunaara, Whanau a Hinerupe, Ngai Tahu, Ngati Rangiweewehi. started with Ka Pai Kai as a voluntary driver in the early days then after 40 years’ service with the New Zealand Police, he retired back to Rotorua where his career began. He has worked in all facets of Policing, his last role being in training and as the cultural advisor at the Royal NZ Police College, to the NZ Police. He has acted as a cultural advisor for many different organisations and sat on numerous boards in Governance roles. He has worked in television, media and worked with the Human Rights Commission locally and overseas. He has a passion for giving our Tamariki the best start in life and sees Ka Pai Kai as a huge contributor to that vision. Lara Northcroft is currently employed as General Manager HR for Mitai Māori Village. Her relevant areas of expertise are: Project management, Non profit and social enterprise, leadership and management, film and television production, business owner. Lara is also a producer at Velvet Stone Media, a Māori owned and operated independent Film and Television Production Company based in Rotorua. Lara has handled various budgets and developed templates and systems that are now used at several production houses. In the film industry, she has a strong record of achievement, combining skills in diverse areas of organisational development, group/staff leadership, program development and project management, building partnerships and community relations. Natalie Paretera Richards is of the Te Arawa waka, hailing from Ngati Te Roro Te Rangi and Ngati Tamateatutahi/Ngati Kawiti. As a mum of 2 schools age boys, she recognised the struggle that many parents face trying to come up with nutritious lunch options. She became involved initially through a previous role with the former MP for Waiariki, Te Ururoa Flavell. Although now working for the Police, Natalie has remained one of our founding Trustees. She has strong contacts and networks in the Rotorua community and brings to the board experience on committees and governance particularly with funding, grant applications and media. 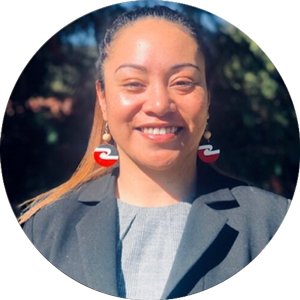 Ko Rangimiria Ihakara-Teaia tōku ingoa. He uri au no Ngāti Pikiao, Ngāti Konohi me Ngāti Tuwharetoa. I have a legal background and interested in governance. I am passionate about kaupapa Māori, haka and the oranga, wairua and hinengaro of our tamariki. 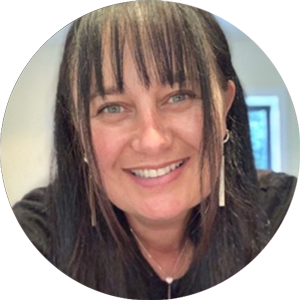 Tania is a highly skilled practitioner with 25 years of experience across the primary and intermediate sector. Her extensive capability in education has led to her involvement with Ka Pai Kai with a strong focus on the health and well-being of tamariki. A senior leader in various education curriculum areas, acceleration in literacy and numeracy and extension in mathematics and science, Tania is committed to student success. She has mentored teachers and trainees and has experience in governance. She is a co-author for the cyclical review, refresh and redevelopment for the Te Whare Wānanga o Awanuiārangi, Bachelor of Education. Her Doctoral Studies and research include investigating the determinants of child health and well-being with a particular focus on how healthy behaviours for tamariki at primary school can be promoted. Kinga moved to New Zealand from Canada three years ago, and as a vegetarian, understands the importance of her children having vegetables in their diet. She was surprised to discover Kiwi kids’ lunches comprised of chips, pies and sweet juices. She wanted to help make a change, so became a volunteer at Ka Pai Kai, where children are provided with good, tasty, healthier options. She was offered the kitchen coordinator assistant role when a staff member left, and says she loves going to work because every day is different. Her kids love their Ka Pai Kai lunches too – especially when they find special notes from their mum inside their packs. Tyneal wanted to make a difference in the community so joined Ka Pai Kai as a volunteer. She says it’s good because it keeps her busy while her children are at school and kindy. She also enjoys working alongside everyone else and says there’s heaps to do in the kitchen. I joined Ka Pai Kai Rotorua in August 2017, about one month after the initiative launched. I had read an article in the Rotorua Review which attracted my attention. Having been involved with administration in Early Childhood centres for several years, I could appreciate the need for such a scheme within our schools, and now being retired I thought it was something I could volunteer for. Now, almost 2 years later I have no regrets at all about getting involved. It is a wonderful thing for our children, knowing that once a day they can receive a good, healthy, very reasonably priced lunch each day at school. With a background of working in schools, I know the important role good nutrition plays in allowing our tamariki to learn. I truly believe in what Ka Pai Kai are doing and count it a privilege to be able to donate one morning a week of my time to this cause. Sue heard about Ka Pai Kai through her work with a local rotary club and was keen to come onboard. The rotary club had previously raised money for Ka Pai Kai, and as a semi-retiree, she was available to help further a couple of mornings a week. She says it’s great to see the children being fed good food, which is why they’re all there. No stranger to the kitchen, she loves working with kai and has fed hundreds of children at health camp and a similar number of shearers throughout the years, so she says numbers don’t daunt her. I volunteer for Ka Pai Kai as I wanted to do something very ‘hands on’ that would make a real difference for children in our community.

"Our mission is to make nourishing school lunches affordable and accessible, and most importantly, normal, for tamariki here in Rotorua."